The Quest For Adventure

The Linville Gorge is renown as one of the top backpacking spots in the country. In addition to hiking the gorge also features world-class paddling, climbing and bouldering. The Linville River area is unique due to the type of stone, which is largely characterized as being river-polished quartzite, and the beautiful, remote setting found in the Linville Gorge Wilderness Area.

In our pilot episode of The Adventure Collective’s Quest For Adventure Series, we take a journey with Mike Stam to the Linville Gorge for a first ascent of a boulder problem that pushes the limits of commitment due to the intimidating landing below. Fear of Commitment explores the challenge that sometimes must be overcome in order to commit to a goal as Mike sets out to establish a new testpiece for the Linville Gorge in Western North Carolina.

According to the filmmaker, T.C. Webb, Mike is not only an amazing climber, but he is one of the nicest people you will ever meet.

“Mike is a true inspiration not only to me, but the whole climbing community in North Carolina,” Webb says. “Mike and I talked about shooting this project for several months before finally getting around to it. It was worth the wait.”

Back in 2007 when Stam, Joey Henson and others were first developing the bouldering potential in the Linville Gorge, the psyche was evident. On www.rockclimbing.com, Stam wrote about the early development:

Wonderland area of Linville river is located between the Connelly Cove trail and the spence ridge trail along the river. Great climbing can be found all along this stretch, but is easiest to get around in and most concentrated at the lower part of this stretch. The spence ridge trail is the easiest, least steep way to access the river having 700 feet less elevation drop than any other trail to the river, and a foot bridge has recently been built to cross the river. Takes about 25-30 minutes with a pack. Wonderland is about 10, 15 minutes downstream of the bridge on the river trail. A large cave right on the trail marks the easiest ways to get to the river, as well as the downstream end of the best concentration of good, set-up boulders. These include the wonder boulder, the glory(mushroom) boulder, and good god’s urge. My friends and I spent over 15 weekends down here bouldering and if you’re just up for a little hike, I bet anyone can enjoy this place. The trail up to the Linville river crag also marks the down-stream end of this boulder field.
-Also, right around the Spence ridge crossing are more great boulders, including a great long overhang, a big V1 fin, etc. At the bend above spence ridge crossing are several more boulders really worth climbing on, accessible either by hopping up the river bed, or by getting on the river trail and getting back on the river at the campsite two minutes upstream.
-The stretch of river between this and the shady flat trail definitely has some gems, but if flatter and not so concentrated

Later that year, Stam checked back in with another update on the development progress and detailed Dreamland, the area’s next hotbed of hard climbing.

We’ve dubbed another area of the Linville River Dreamland. Easiest way to dreamland is the Devil’ hole trail(sitting bear parking area). Once at the river, proceed upstream on trail side of river for several hundred yards, passing several very cool worthy boulders. The next big bend in the river marks the bottom of the concentration that pretty much continues all the way to Babel’s tower. This place is really , really cool, with hundreds and hundreds of boulder problems to do, as well as several small crags. All you got to do is get there, start wandering around, and try not to get overloaded. At least 60 problems have been done there so far up to V9 range, and it’s barely touched the surface of what’s there. Good camping all along the river with several nice cave campsites on sitting bear side about 50 yards into concentration right up in woods. still working on cleaning out old fisherman’s trail on sitting bear side, but pretty easy to get around. This area can also be accessed via babel’s tower trail or shady flats trail, but these are steep and can be hard to access river from. Classic!!!!!!!!!!!!!!!!!!!!!!
Also, between Devil’s hole trail and Sandy flats trail are a whole bunch more boulders, some of which are very cool, but a little harder to get around in because of the steepness of the river, rapids, etc. The downstream end of this section sort of ends at a nigh impassible gorge of bed-rock on the river, right downstream from the coolest natural waterslide, very evident from the river trail. My favorite along this section is a group of three boulders right downstream of the devil’s hole trail. The block across the river is dubbed Magnificent boulder, and has some realllllly nice lines on it, with the center line being the hardest(V7-8?). I’ve been around quite a few places climbing, and the Linville River is the best rock climbing I’ve ever done, and ENDLESSSS!!!!!!!!! You guys need to check it out. I also have fairly extensive maps of the river bed for these areas showing the best boulders, what’s been climbed so far recently, and the best paths to get around through the maze. Needless to say, the development continued and to this day there are more than 500 problems established in the gorge with potential for more throughout the area.

Bouldering The Quest For Adventure
Share this article
FacebookTwitterRedditPinterestEmail 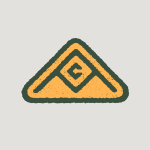 The Quest For Adventure